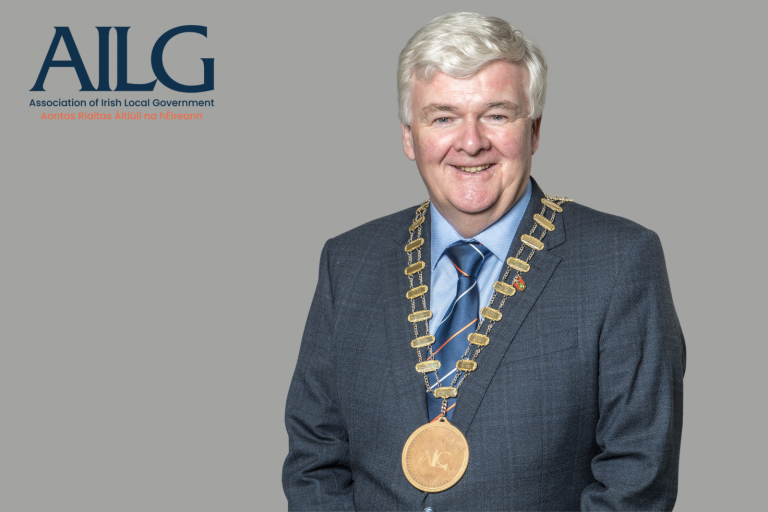 Cllr. Nicholas Crossan is a member of Donegal County Council, representing the Inishowen Electoral Area and was elected President of the AILG at the Annual General Meeting which was held at the CityNorth Hotel in Gormanstown, Co. Meath on the 30th September 2021.

Speaking following his election as President, Cllr. Crossan stated that it was a massive privilege to have been elected by members across Ireland, to the position of National President of the Association of Irish Local Government (AILG). He said “The AILG trains and pioneers capacity building and policy development for locally elected representatives so they can serve their communities to the highest standard possible. I am humbled, honoured and privileged to assume the role of President for the Association for the year (2021-22).

I am deeply grateful to my predecessor, Cllr. Mary Hoade, for her leadership and outstanding contributions to AILG during her presidency, and the members of the Executive Committee and Board of 2020-2021. I am inspired by their commitment to AILG and all of their achievements. Indeed, the growth of AILG has been propelled collectively by the individuals and all the past presidents and past members of the AILG Board and Executive Committee.

I look forward to continuing this important work towards fulfilling the mission of the Association. In this endeavour, I am joined by Cllr. Nick Killian as Vice President and I look forward to working with him and the incoming Executive committee. I am confident that we will be steadfast in addressing the pressing challenges in local government, and in the next year our accomplishments will be many. As we celebrate the 122nd Anniversary of Local Government in Ireland, the AILG and its predecessor associations have worked tirelessly to develop, support, and give a voice to Ireland’s Local Authority Elected Members, helping them to respond to massive changes and challenges that have taken place in local government.

You can find out more about which cookies we are using or switch them off in settings.

This website uses cookies so that we can provide you with the best user experience possible. Cookie information is stored in your browser and performs functions such as recognising you when you return to our website and helping our team to understand which sections of the website you find most interesting and useful.

Strictly Necessary Cookie should be enabled at all times so that we can save your preferences for cookie settings.

If you disable this cookie, we will not be able to save your preferences. This means that every time you visit this website you will need to enable or disable cookies again.